Why The Internet Doesn’t Suck

an essay by Laura Storch 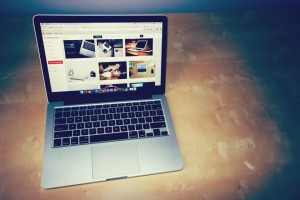 It seems as if the large majority of the world is under the impression the internet is going to destroy us all. As if it is something humankind didn’t create. Although to be fair, it does seem to be larger than life these days, and growing in power. Generations that came before the millennial generation and did not grow up with the internet like millennials did, seem especially susceptible to paranoia and misuse. This is apparent in everything from the music industry’s inability and almost refusal to adapt to the changing listening landscape (such as streaming sites), to every time a politician or other prominent social figure forgets that hacking is a thing and sends something that they wouldn’t want public via email or social media , and are surprised when they are hacked and held accountable. That is not to say the younger generations don’t have their fair share of internet idiocy, but in general they have adapted to it on an almost evolutionary level since the internet grew up with us.

I’m sure I’m not the only one who has heard a similar lecture from older relatives reflecting on “their day” as if nothing bad ever happened prior to 1980. And although I can accept the fact that the birth of the world wide web changed things, I just don’t always see that as a bad thing. For starters, I can’t help but think how much easier it could have made things for everyone from earlier civil rights and feminist activists to the punk movement of the 1970’s. I don’t see how it is wise for anyone to underestimate the power of a global forum where virtually anyone and everyone from around the world can connect. I find that overwhelmingly powerful, in the same way the sky or the ocean is bigger than us, the internet and its contents is as well.  It’s hard to fathom a world where one could not find a seemingly infinite stream of information. Especially as a student, it makes self-educating more possible than ever.  And anything that gives the power of knowledge to the people is something I can’t help but condone.

That isn’t to say there aren’t some negative aspects to rise of the internet. The cliches of people who’s phones have become somewhat of an additional appendage, one that is essential for existence, isn’t completely inaccurate. The internet also can be a magnet for every loser with internet access to flood otherwise worthwhile content with negativity, ignorance, and propaganda. As social media rises it is crucial for culture and society to not see that as the only means for communication, but rather a meeting spot to further develop relationships of all kinds in a more personal way. In the grand scheme of things, the internet and social media are very new phenomena that have not been an essential part of life and culture for very long. Naturally, there is going to be an adaptation period that we might very well be experiencing right now. This is evidence in the misuse, misrepresentation, and constant debates involving all things technological. We see some of our art contemplate such philosophical questions as well. Shows such as the British show “Black Mirror” (brilliantly) depicts such paranoia in such a way that seems a little futuristic  yet just feasible enough that it makes the viewer think in such philosophical ways in terms of technology and how it could potentially impact our lives. To go back to my prior comparison of the vastness and infinite appearance of the ocean and the sky and now the internet, there’s one key difference. Humankind made the internet. Some see it as our baby, others as our Frankenstein, but one thing that can’t be denied from either side of the debate is the substantial potential the internet has for good. This is our creation, our super power, it’s just up to us to use our power for good.